MPTB Tours presents the Guardians Series Blog Tour will run from September 23rd-29th.  This tour is for the whole Guardians series by Wendy Owens so you can pick which books in the series you want for review.  It is a multi-stop tour, so you can pick whichever day works best for you!  We are looking mainly for reviews but any type of promotional post is appreciated!  There will be a tour wide giveaway and you will be provided with the Rafflecopter.

If you have any questions, you can email me at tess.m.watson@gmail.com or comment below! 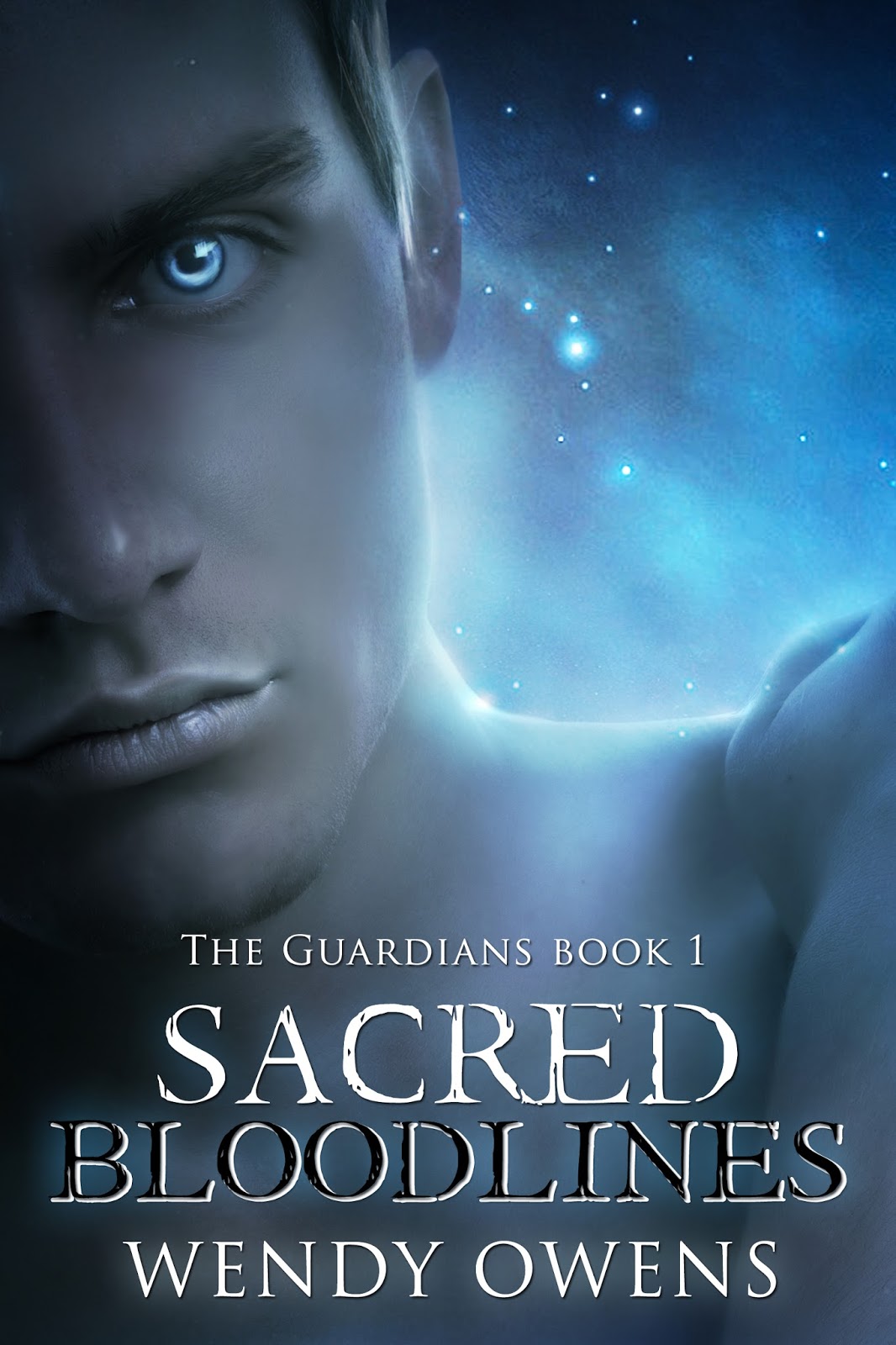 Sacred Bloodlines (Book 1)
by Wendy Owens
Goodreads
Tragedy has defined Gabe's short existence in this world. An ominous darkness lurked on the edge of his existence until one day in a subway, strange things start happening. A series of events lead Gabe into a new and fascinating life filled with angels and demons, but he isn't sure if he wants to be a part of it.

Gabe is thrust into the middle of this exciting world that is full of things he has longed for in his life but it comes with a price. This new life also promises constant terrifying dangers that Gabe fears he may not be able to survive. 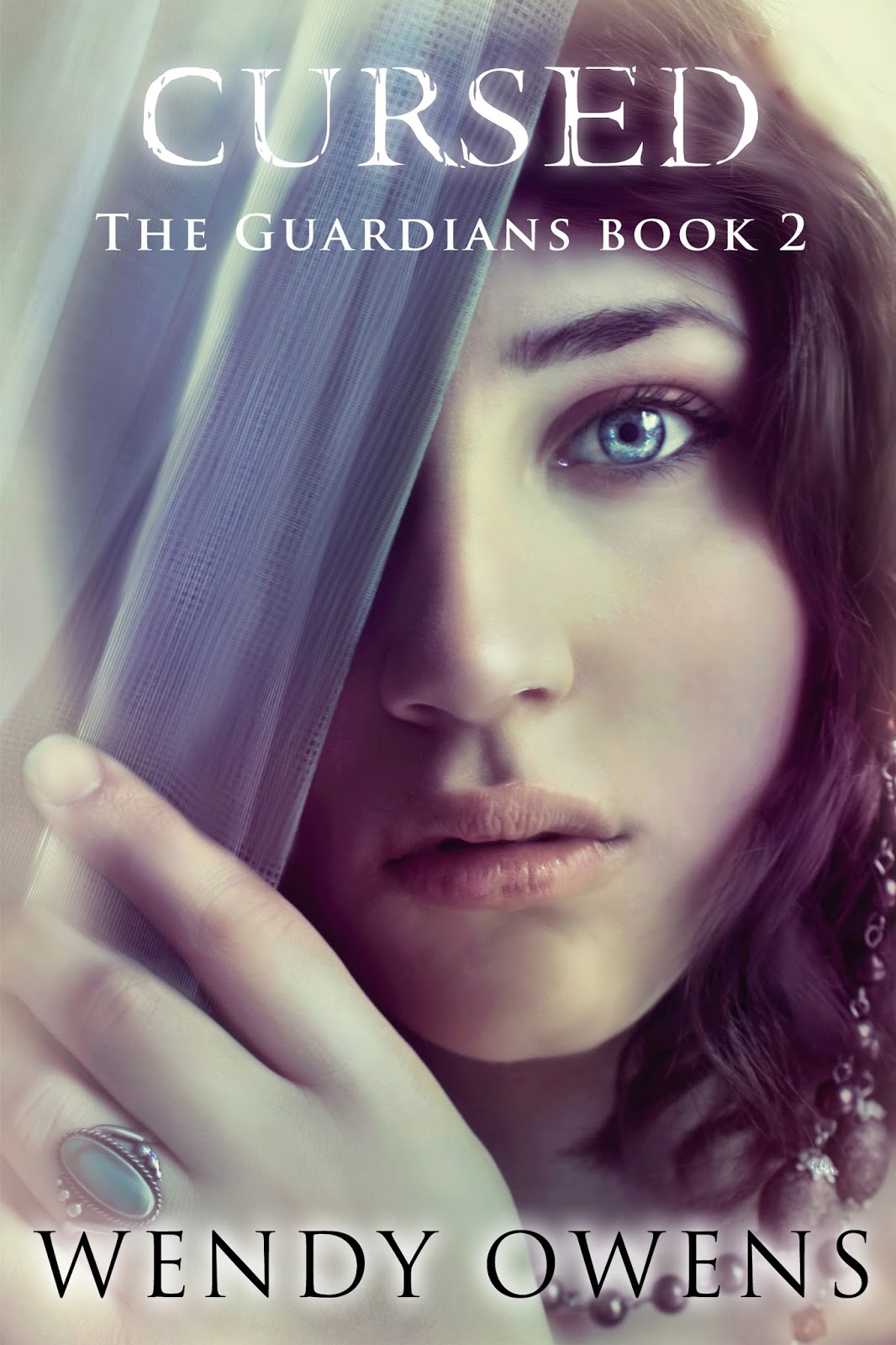 Cursed (Book 2)
by Wendy Owens
Goodreads
Some people are born into love, some people are born into war, when Gabe discovered he was a Guardian Angel, his life was suddenly thrust into both. If this hidden war wasn't enough to deal with, Gabe learns he is fated to be the great protector who will one day deliver the last prophet to either safety or death. All of these revelations didn't matter for Gabe, he only cared that his new life included Sophie.

Sophie and Gabe grew closer over the summer. She is now a fixture in his life that keeps him moving forward. Evil doesn't stop stalking him just because he found happiness. This time darkness finds it's way into Rampart manor and Gabe will have to decide if he is willing to risk everything to try and stop it. 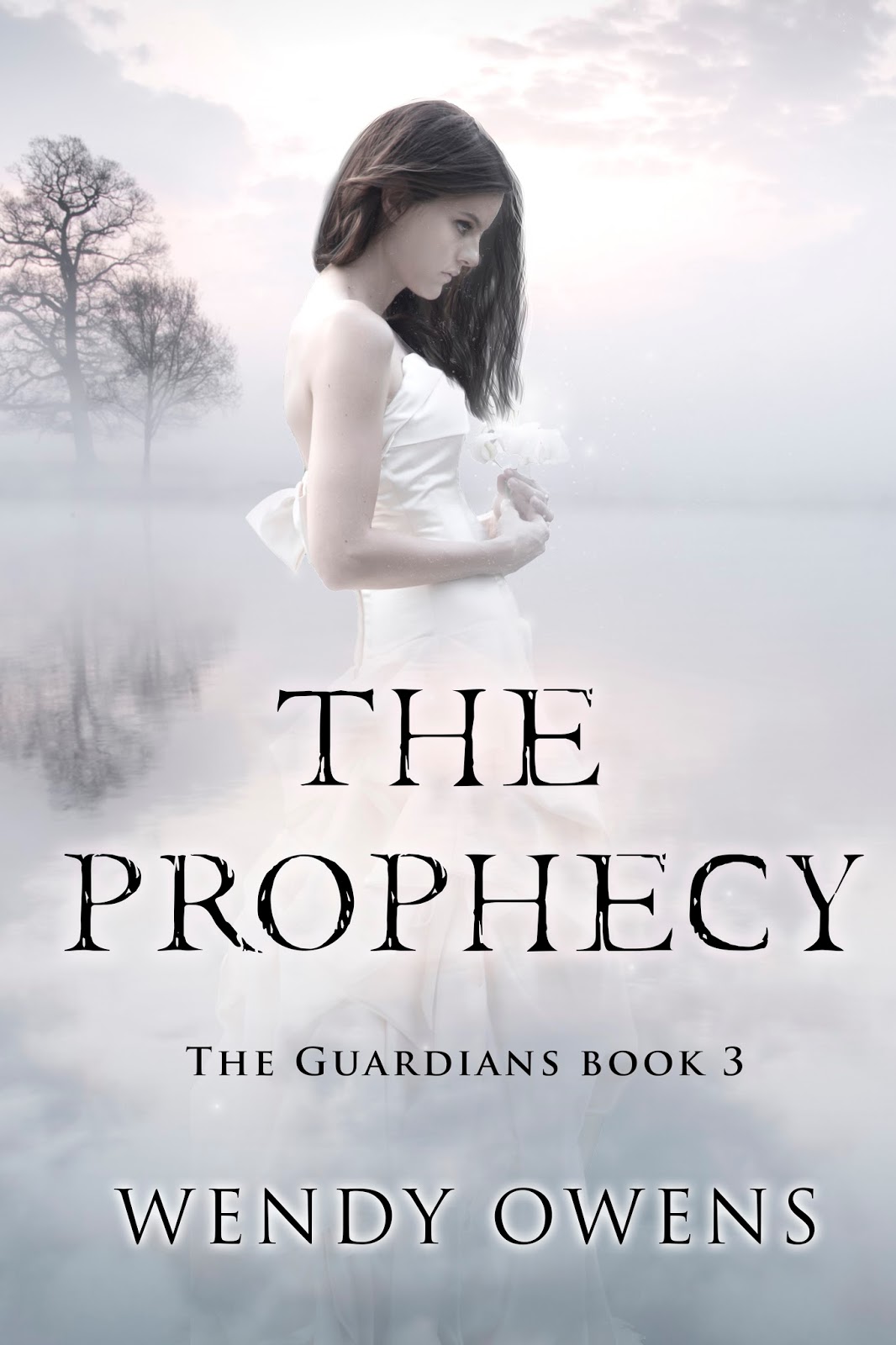 The Prophecy (Book 3)
by Wendy Owens
Goodreads
Five years have passed since Gabe abandoned Rampart, deserting his destiny and closest friends. The struggles Gabe has endured to stay alive have changed him, hardening him into a man unwilling to trust anyone or anything, dealing with difficulties connecting with the outside world.
Gabe has finally found a certain paradise--a peace in solitude--until a familiar stranger shows up on his doorstep, pleading for Gabe's help.

Now he has to decide if he is truly content in his new life, or if he is willing to risk his solitary happiness for a little piece of the world he left behind.

Should he choose to accept the most important duty of his life, one failure could mark the beginning of the end for all mankind. 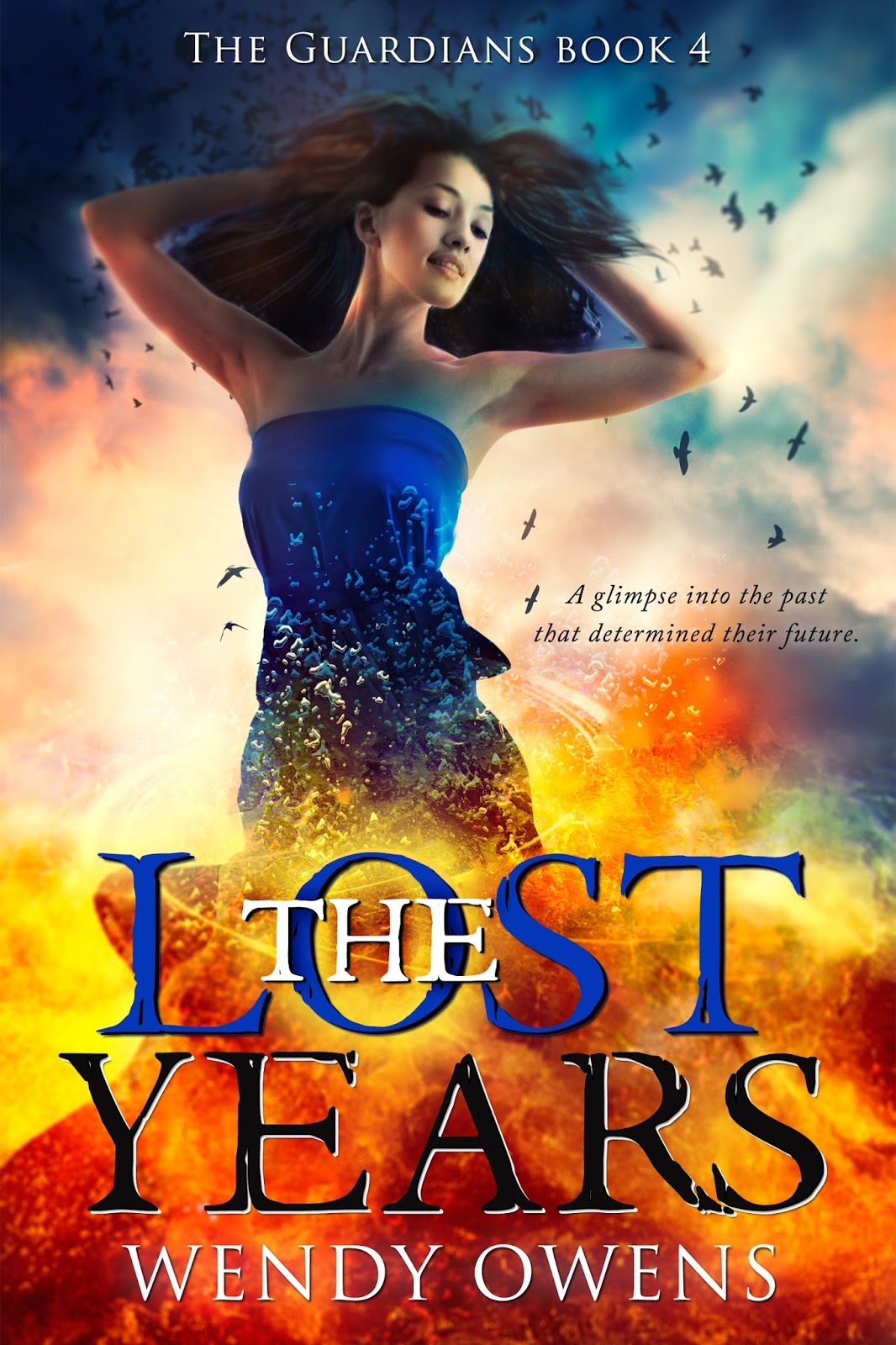 The Lost Years (book 4)
by Wendy Owens
Goodreads
Gabe's world was forever altered by the people he came to know and love at Rampart Manor. Although, it wasn't only his life that was changed when he made the choice to leave them all behind.

During his five year absence, they each had a battle with personal demons. Dina is faced with a moral dilemma, the path of good leading to certain heartbreak, or evil, and a possibility of happiness.

Uri meets a mysterious woman who seems to have a lot of the answers that he has been searching for, and she certainly has a place in his heart, if he can only hold onto her.

Sophie is faced with choices she never knew would be so difficult. The question now is: will the personal demons of the remaining Guardians of Rampart be too much for them to overcome? 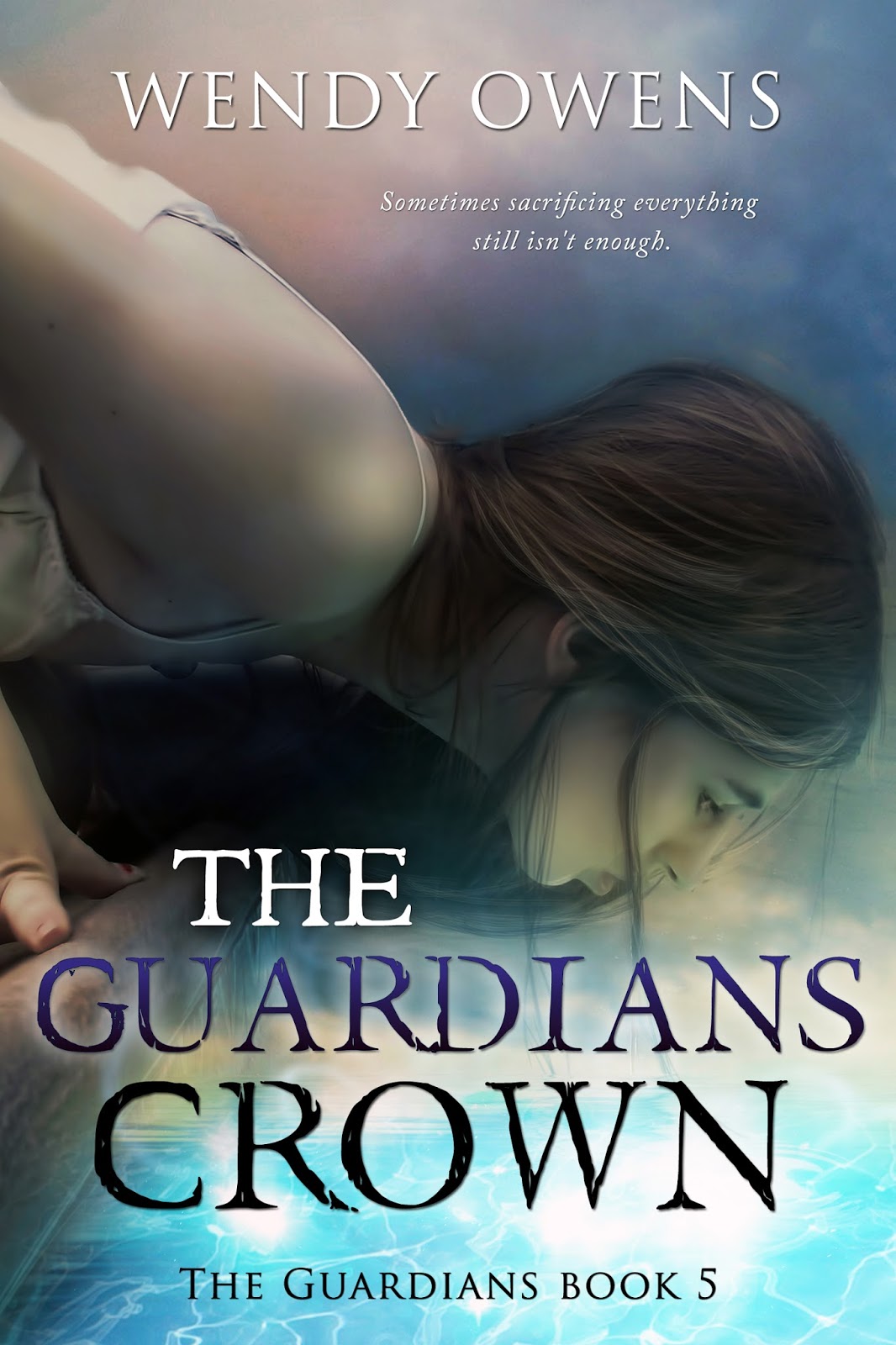 The Guardians Crown
by Wendy Owens
Goodreads
Gabe is finally forced to answer the ultimate question, will he give his life to save the world? What about just to save the one he loves the most? The Guardians struggle to find another way--ideas that don't involve Gabe's death--to defeat Baal. Time is running out. What will Gabe choose? What price will he pay for that choice?

Wendy Owens is a 34 year old author, born in the small college town, Oxford Ohio. After attending Miami University, Wendy went onto a career in the visual arts. For several years she created and sold her own artwork. In 2011 she gave her true love, writing, a try. Her first novel flowed from her in only two weeks time, as though it had been fighting to get out. That moment was when she knew she had found her calling. Wendy now happily spends her days writing the stories her characters guide her to tell, admitting even she doesn’t always know where that might lead. Her first series, The Guardians, will be concluded with the fifth and final book in 2013.
When she’s not writing, this dog lover can be found spending time with her tech geek husband, their three amazing kids, and two pups, lovingly nicknamed stinks and chubbs. She also loves to cook and is a film fanatic.
For more info on Wendy's young adult fiction visit http://wendy-owens.com/
If you want to follow her on social media you can visit:
Blog Twitter
Facebook Goodreads
Posted by Unknown at 8:55 PM